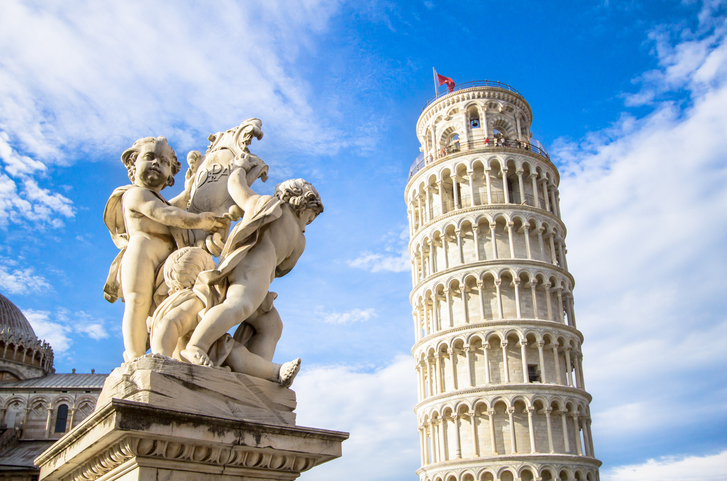 The Tower of Pisa and Surrounding Area

Anyone who visits it remains truly fascinated: despite its small size, Pisa reserves hidden corners and scenery that you will rarely find in other cities. With a past as a powerful Maritime Republic and a present that boasts the nickname of the Queen of Studies for the prestigious institutes and universities that are based here, Pisa is a gem to be discovered step after step in the heart of Tuscany.

Let’s begin with something that will make your jaw drop and get a crick in your neck, in a good way of course, the unmissable Tower of Pisa.

The Tower of Pisa is the must-see monument of the city. Do you know its origins? Everyone thinks it’s really a lookout or control tower, but the truth is otherwise. The 56 m high leaning tower is nothing other than the bell tower of the Cathedral of Santa Maria Assunta in Piazza del Duomo, commonly known as Piazza dei Miracoli. The first stone of its construction was laid in 1173 by the Italian sculptor Bonanno Pisano and the tower’s construction ended after more than two centuries. Already during building its slant was a questionable issue. Whatever anyone says, the tower, despite its tons of weight and its famous slant, has stood up to dozens of earthquakes and two world wars that have slightly damaged it but have never broken it. And thanks to the imperfect angle that today is its trademark, it is famous all over the world and proudly bears the name of the city of the scientist Galileo. 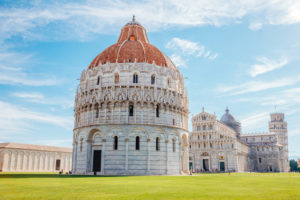 The Tower of Pisa is centrally positioned in one of the locations most frequented by tourists because it is here that we find the most interesting monuments of the city: the aforementioned Cathedral of Santa Maria Assunta, the Cathedral Museum, the Baptistery of Pisa , the Camposanto Monumentale, Palazzo Reale … just to name a few. A big list in a small city where you will be spoiled for choice.

Despite being steeped in history and past glory, the city is one of the youngest and most dynamic in the country, and in the evening the banks of the Arno are full of nightlife. It is pleasant to stroll here and meet the lively locals, have a drink, relax to the sound of the laughter of the crowd and, why not, stop for a tasty break in one of the restaurants that offer the mouth-watering cuisine typical of the Tuscan tradition.

The Cuisine of Pisa: Some of the Typical Dishes

While we’re on the subject of mouth-watering cuisine, do you know the typical dishes of this city? Each of them has a story to tell.

The ribollita soup is at the same time one of the most famous yet one of the poorest  dishes of the region, and nobody can resist it; pappa al pomodoro is a peasant dish that consists of dry bread and tomato, flavored with herbs that has an unmistakable taste; among the traditional main courses there is the trippa alla pisana with the addition of tomato, pancetta, and onion, mucco pisano, a variety of beef prevalent mainly in this area of ​​Tuscany, and  baccala alla pisana cooked with olives, leeks, and tomatoes.

To end a meal worthy of the Pisan tradition, a dessert is pretty much mandatory: torta co’bischeri (tart with a rich mixture of rice, chocolate, pine nuts, and raisins flavored with nutmeg and liqueur) or San Rossore pine nut cake. Whatever you choose, you can’t go wrong! Is your mouth watering yet? What are you waiting for to book your trip? Discover all the tours in Tuscany with Dragonfly Tours and choose your itinerary.