Venice, in the footsteps of Mariano Fortuny 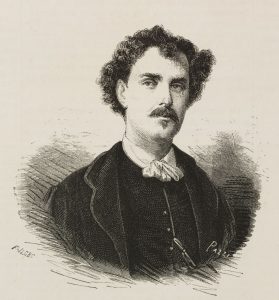 Painter, photographer, set designer, artist, tailor: describing Mariano Fortuny in a single word is impossible. Born in Granada in 1871 from a family of artists, Mariano Fortuny y Madrazo developed a great interest in every form of art, especially for the textile and fashion industries.

When he was very young, he moved with his mother to Paris where he first began painting, but it was the city of Venice that left its mark in the heart of the Spanish artist. It was in Venice that Fortuny founded his workshop in 1889, in the splendid Palazzo Pesaro Orfei, where he produced fabrics and clothes of great beauty.

But the artist’s creative mind was constantly searching for new ideas: in 1900 Mariano Fortuny created the scenography of the premiere of the opera “Tristano e Isotta” for La Scala in Milan, as well as working in engraving, stage design and lighting. 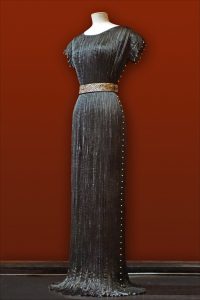 Together with his wife Henriette Negrin, his muse, he devoted himself to fashion design. What made Fortuny’s work famous all over the world was the design and the patent of the Fortuny pleat, a particular working of the fabric into narrow folds. The clothes of the eclectic designer were prized by artists and celebrities such as Peggy Guggenheim and the ballerina Isadora Duncan, both passionate admirers of his work.

In 1919 the Spanish artist founded the company Fortuny Artistic Fabrics, overlooking the Giudecca Canal:  the elegantly decorated fabrics are still made today with the same prints and techniques invented by Mariano Fortuny.

After Fortuny’s death, Henriette Negrin  donated the Palazzo Pesaro Orfei to the city of Venice, that later changed the name to Palazzo Fortuny to honor the Spanish artist.

Venice and Mariano Fortuny are inextricably linked: to get a close up view of the creative personality of the Spanish artist, take a luxury tour and explore the Museum and the Fabric Factory at the Giudecca.

A journey in the footsteps of Mariano Fortuny starts from the antique Palazzo Pesaro Orfei in Campo San Beneto, which once belonged to the Pesaro family. The artist was attracted to the beauty of this building in the Venetian Gothic style, even though it was in a state of decay. In 1889 he moved into the Palazzo while renovating and adapting the rooms to fit his needs.

It is here that Fortuny established his workshop and his studio for the creation of his famous fabrics, developing his own coloring and printing techniques. 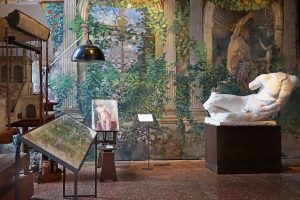 In 1956 Henriette Negrin donated the Palace to the city of Venice to be used as a “center of culture”. Palazzo Pesaro Orfei became Palazzo Fortuny: in 1975 it was opened as a museum where it is possible to admire the artist’s incredible collections of fabrics, photographs, books, and design objects. Palazzo Fortuny is a precious gem to be discovered, a place where the innovative work of the Spanish artist is visible in all of its glory. 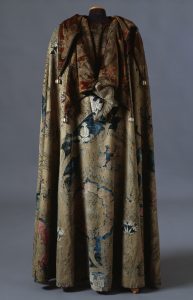 Mariano Fortuny wrote an important chapter in the history of fashion. His “legend” is linked to the creation of a particular technique of coloring and printing  fabrics that gives the material a “sculpted” effect, yet still maintaining its lightness and softness. Fortuny fabrics are legendary: their color and beauty have made them incomparable.

From the factory on the island of Giudecca to the international public: thanks to Elsie McNeill, an American decorator who took over the company, Fortuny Artistic Fabrics has opened ateliers in London, Paris and New York.

The unmistakable appeal of the fabrics and the particularity of their production make the work of Fortuny a real mystery: the artist’s techniques are known to very few people and his secrets are carefully preserved even today by master artisans.

Would you like to have a dress made just for you by the master artisans of the Fortuny museum, using  its unique fabrics? Please contact us to find out more about  this Mariano Fortuny experience  in Venice.